About Grange:
Our Motoring Heritage Since 1956

Grange has over 60 years of proud and authentic motoring heritage dealing with marque manufacturers to deliver motoring excellence and trust to all our visiting guests.

Grange was founded by Frederick Chambers in 1956 with the first business in Brook Street, Brentwood, trading as a Service and Repair Workshop and a Petrol Station.

In December 1958, Grange Motors (Brentwood) Ltd was formed to acquire the business founded by Frederick Chambers and the business was gradually built up over the years to represent a number of manufacturers. This included Lotus, Volkswagen, Jaguar, Aston Martin, Jensen, Fiat and Saab. The Grange business was later taken over by his two sons, Colin and Graham Chambers. They expanded Grange by opening up a new business in Welwyn Garden City in 1985, which was a Jaguar and Aston Martin dealership. They further expanded with a brand-new flagship site in Exeter in 1989, which served as a Jaguar and Aston Martin Dealership.

Today, Grange is a fast-growing and successful, prestigious, franchised new and used luxury car dealership group based in the United Kingdom that operates as part of the Motor Trader Dealer Group of the Year, award-winning, Cambria Automobiles. We are very privileged to be a representative of the Aston Martin, Bentley, Jaguar, Lamborghini, Land Rover, McLaren and Rolls-Royce marques across our twelve dealerships, who are each committed to delivering all our guests with an exceptional level of service excellence.

We have hundreds of quality used prestige cars available for sale that suit all budgets, with competitive finance available on all our range. Be assured that all our quality used vehicles undergo a comprehensive vehicle safety check to ensure they meet the highest standards. A standard of excellence that has been well refined to delight since we were founded in 1956.

With over 60 years of motoring heritage, we are very proud of our association with these highly respected and admired automotive marques.

Aston Martin
Our association with Aston Martin, arguably some of the most sought sought-after cars in the world, has spanned over a decade. In recent years, Aston Martin has continued to flourish and push the boundaries of performance, whilst staying true to their legacy of style and luxury. These factors combined make the current, wide-ranging, line-up of the new Aston Martin DB11, the new Aston Martin Vantage, the forthcoming Aston Martin DBX, their first SUV are incredibly desirable propositions.

Jaguar
Our association with Jaguar, meanwhile, dates back to 1983, where we became the first standalone Jaguar Dealership of the company’s modern era. Since then, Jaguar cars have become some of the most recognisable and anticipated autos in the world, cultivating a truly international fan base. The current range of the Jaguar XE, XF, XJ, F-TYPE, F-PACE and the new Jaguar E-PACE and electric I-PACE are taking on all competitors on the market.

Land Rover
Then there’s our partnership with Land Rover, one of the few automotive companies that have retained a single engineering vision throughout their impressive six decades of car manufacturing. The range of the new Range Rover Velar, Land Rover Discovery, Discovery Sport, Range Rover Evoque, new Range Rover and Range Rover Sport offer luxury, capability and strength for any driving conditions.

McLaren
McLaren Hatfield is open now. Grange is extremely proud to have been selected to be an authorised dealer for the world-renowned McLaren marque. See the latest range of perhaps the most advanced sports cars in the world at McLaren Hatfield today including the McLaren 720S and new McLaren 600LT.

Bentley
Bentley Chelmsford and Bentley Tunbridge Wells are now open. We are extremely proud to have been selected to be an authorised dealer for the prestigious Bentley marque with a stunning range that includes the extraordinary new Bentley Continental GT.

Lamborghini
Lamborghini Chelmsford and Lamborghini Tunbridge Wells are now open. Grange is delighted and proud to be an authorised dealer of such a prestige supercar marque and we look forward to welcoming you to our new state-of-the-art Lamborghini dealerships.

Rolls-Royce
Rolls-Royce Motor Cars Edinburgh is open now. Grange is delighted to now be an official dealer of the pinnacle luxury car marque, Rolls-Royce. We look forward to welcoming you to our new dealerships in Edinburgh.

We have the full range of new Rolls-Royce Motor Cars as well as a great selection of pre-owned Rolls-Royce cars.

On 23 May 2003, Summit Motors Investment Limited, a subsidiary of Sumitomo Corporation of Tokyo, purchased all businesses. This was run by SMIUK along with their other brands Invicta, Doves and Dees, until Cambria Automobiles Holdings Ltd purchased the SMIUK group on 31 December 2007.

On the 1st of May 2015, Cambria completed the acquisition of the trade and assets of the Land Rover franchise in Royal Wootton Basset, Swindon from TH White Limited. Read more about Grange Land Rover Swindon here.

On the 8th January 2016, Cambria completed the acquisition of the Land Rover franchise in Welwyn Garden City from the Jardine Motors Group and has since relocated it to a new state-of-the-art dealership, Land Rover Hatfield and Jaguar Hatfield are open now.

In May 2016, Cambria opened its third Aston Martin dealership in Birmingham.

Then on the 5th July 2016, we acquired the trade and assets of Stratstone Jaguar and Land Rover Woodford in South Woodford, North London from Pendragon Premier Limited, a subsidiary of Pendragon PLC.

In November 2017, we agreed on a partnership with luxury brand McLaren to open a dealership in Hatfield. Grange is extremely proud to have been selected to be an authorised dealer for the world-renowned McLaren marque.

In December of the same year, we also agreed on a partnership with Bentley. Bentley Chelmsford in Essex and Bentley Tunbridge Wells in Kent are now both open. We are again very proud to have been selected to be an authorised dealer for the prestigious Bentley marque.

In 2018, our new Lamborghini Chelmsford and Lamborghini Tunbridge Wells dealerships opened. This is a new partnership and Grange is delighted and proud to be an authorised dealer of such a prestigious supercar marque. We really look forward to welcoming you to our new state-of-the-art dealerships.

In April 2019 our Aston Martin Welwyn dealership relocated to a new facility in the Hatfield Business Park. Aston Martin Hatfield is a state-of-the-art, modern luxury retail experience where we look forward to welcoming new guests and existing customers soon. Find out more about the Hatfield move here.

Most recently, in January 2020, we welcomed Rolls-Royce Motor Cars Edinburgh and Grange Aston Martin Edinburgh to our group as we expanded into Scotland.

Timeline of key events in the history of Grange Motors

1956 - Grange Motors was founded by Frederick Chambers in Brentwood, Essex and remained a family run business until May 2003.

1989 - Grange Exeter was established with Aston Martin and Jaguar dealerships.

2014 - Acquisition of Hadley Green Motors of Barnet to add its first Land Rover dealership and add another Jaguar franchise to its growing business.

2015 - Acquisition of the trade and assets of T H White Land Rover in Swindon. 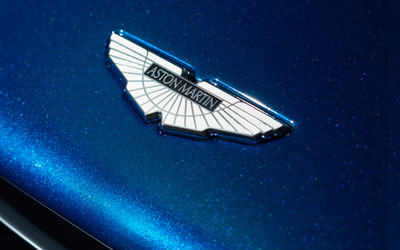 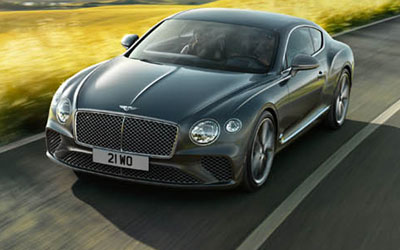 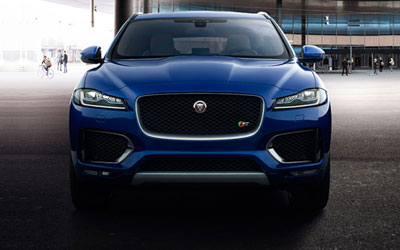 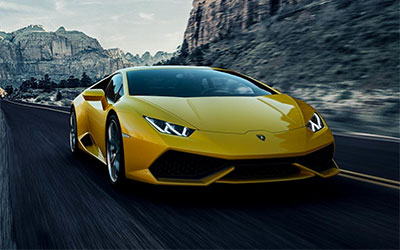 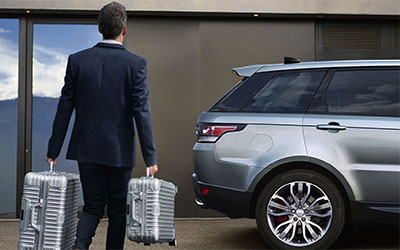 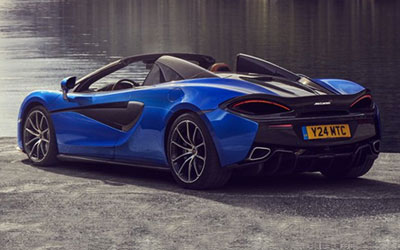 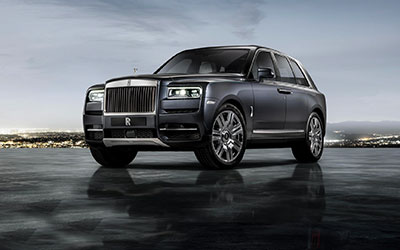